In our previous stories of a long weekend camping trip to Sukabumi, Twosocks and I have mentioned how much we were stunned by Ibnu Najib’s reflections on nature and humankind. In the third – and best, we’d say – installment of the camping stories, we finally have Najib himself sharing his thoughts during a solitary, pre-dawn date with nature. – Gypsytoes

Despite my hate affair with morning activities while in cities, I somehow manage to always wake up very early while away from urban settings, including during that fine weekend I spent camping in the foothill of Gede-Pangrango Mountain with The Dusty Sneakers.

Sleeping late after an improvisational storytelling and karaoke by the bonfire the night before, I woke up at around 4 am. Rather sleepily peeking out from the zipper of my tent, I was greeted by a scene I can never behold in cities: sky so surreally full of stars. Even when I looked into the direction of the city who has quite intense light pollution, the stars were still vibrantly visible.

I was fully awake in an instant, with some urges to jump, run or rolling around in the wet grass. Thankfully I managed to suppress the urges and instead I decided to take a walk in the dark to a nearby lake, Situ Gunung as people calls it.

I wanna see those stars reflected in the calm water of the lake.

The distance from our campsite to the lake is only around 2 kilometres through a pathway in a quite dense rainforest. Within minutes, I could start to see the silhouette of the forest, those tall grasses surrounding the pathway, followed by even taller trees whose tops framed the starry sky into a long scroll painting above me. It made me feel small, but in a delightful way.

My sense of smell was greeted with various scents that are invigorating, mostly fragrance from night-blooming flowers (plenty of Kecubung nightshades around), and none of which are too strong.

There is a comfort that emanated from the stillness of my surroundings.

2 kilometer in the dark it turned out, was enough to expand my mind into an elastic medium in which all sort of thoughts delightfully appear.

The hilly pathway reminded me that I was walking in the foothill of Mount Pangrango, whose natural formation took hundreds or even millions of years. We were obviously not there when all of this occur, but the stories and influences from the formation of this terra firma are all embedded somewhere in our consciousness, deep within our instincts.

Our instinct are partly the essence of our ancestor’s wisdom. Whatever helped them carry on living and passed on their genes to us: their risk appetite and their passions, the food they loved, animals they avoid, how they responded to imminent dangers, all are etched somewhere in our consciousness. There’s a piece of them and the past in each of me and you.

Despite our affairs with industrial revolution, cubicles and the internet, some of our senses and instinct are still attuned to the rhythm of everything that is occurring slowly and surely in nature.

Deep down, we are forever wired to nature’s space and frontiers, not to man-made enclaves and borders.

As Twosocks has colourfully elaborated before,  I am not the fittest nor fastest of walker. By the time I reach the lake, the stars are no longer strongly visible. The night are giving away its darkness to the sun.

I decided to sit on the edge of the lake, trying to listen to the big families of beings around the lake waking up. As the lake is surrounded by hills, the sun will not be visible until quite late in the morning. The lake however was already fully showered by the secondary lights from the magenta sky.

Beyond what my senses can grasp, I knew there are countless busyness taking place within that seemingly calm morning. Nocturnal beings, big and small, were finding their shelters or changing their postures while creatures of the sunlight shaking off the morning dews. 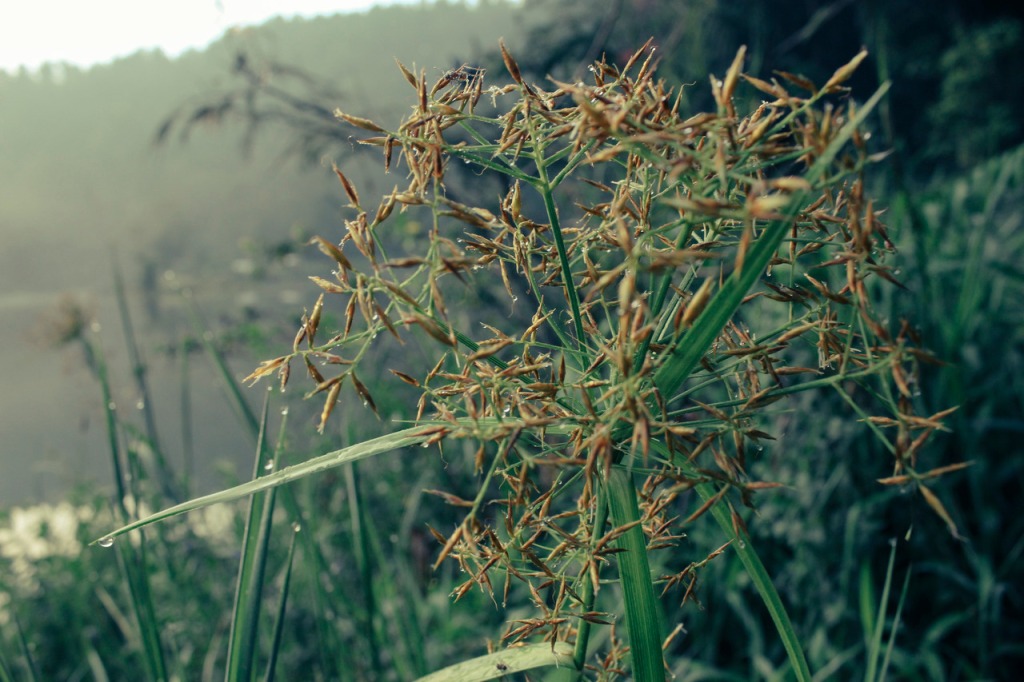 As I lay down in the lake musing about what kind of language, mechanism, and society that all of the amazing creatures around the lake use to organize their complex ecosystem, I wonder whether someday our human’s understanding of nature can actually give us the knowledge of nature as she really is.

There in nature, where man-made enclaves and borders are scarce, it becomes easier to see how everything is older and wiser than us. The sounds from the water flowing in the nearby rivers, the screeching yet calming sounds from bugs in taller trees, the sounds of birds twittering, all in one peaceful hymn declaring acceptance and understanding of things as what they truly are, not as our limited intelligence and selfish self would like to understand them.

There is a form of soothing certainty from observing various beings around the lake that morning. The shape of various flower buds, the wetness of the grasses, the stillness of the lake, the trees whose dark skin are now golden from the sun.

This soothing certainty is less about finality than about wisdom of time: where the trees stand, how they grow, the color of their leaves, beings who resides on their branches, all of them arrived in their current configurations from a journey that precedes the creation of the first vertebral creatures, one of which millions of years later become humans. In the absence of actual knowledge about what really happened before our time, I let my imagination dance.

The trees, I believe, are among the wisest creatures on earth who has ever experienced all kinds of life form.

Starting from their humble beginnings as cyanobacteria billions of years ago, I imagined they had once been animal-like creatures (some plants do move and some of them are still carnivorous), flying in the winds (still a popular way for trees to spread their seeds), and diving deep in the oceans (planktons still do). They might have created a pan-tree imperium covering most of earth’s surface. However, at one important conjecture in their civilization, perhaps triggered by a form of global tree wars, some plant sages decides to give up what the movement world had to offer and choose to stood still in wherever soil or ecosystem that will accept them, consenting that being a still and giving tree is more noble than being part of a force whose sole aim is movements and conquest. 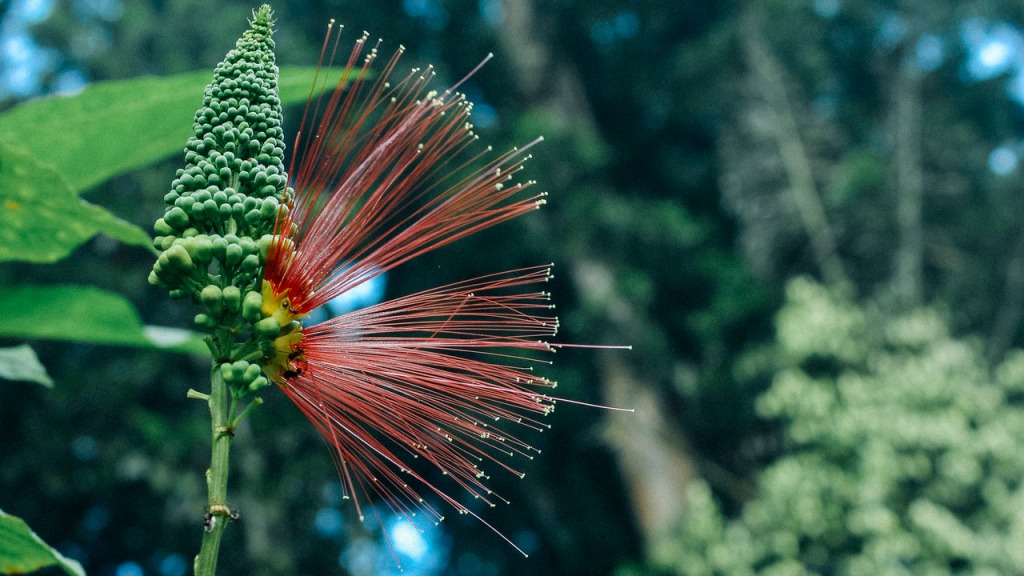 Our ambition-driven culture do not put stillness in honorable light. We see progress and achievements as honors that can only be gained through movements. Stillness equals backwardness. Yet, if we look closely to how a tree survives, we’ll soon realize how backward our technological advancement is compared to that of a still-tree.

Trees use photosynthesis in transforming sunlight, carbon dioxide and water into a form of energy it can use: chemical energy.

Behind photosynthesis, there are myriads of process including quantum entanglement, which is not far from Star-Trek-esque teleportation. Trees’ leaves use a kind of antenna capable of ‘teleporting’ light straight from the surface to its own energy generator with almost 100% efficiency.

While trees has been using this technique for billions of years, the brightest mind of current human civilization has just started to scratch the surface of quantum physics.

I made my journey back to our campsite. I wanted to rejoin Twosocks, Gypsytoes and Dian who must’ve been up. As I made my way up the hill, I passed a sign telling the passers-by that they are leaving the protected area of Mt Gede-Pangrango National Parks.

Losing most of our nature to our own expansions, we declare some enclaves as protected zone. Partly as ‘consciousness offsetting’, providing us with a sense of guardianship.

In the midst of so many unknowns, we create artificial borders.

State borders, academic silos, economic class, cultural symbols, languages, religions, all are manmade borders we erect around an isolated space where our limitations are mostly hidden so that we can temporarily be masters of our own world.

Unlike the border of the national park I encounter that morning, nature has her frontier arranged beyond our limited intelligence, surpassing all sorts of borders that we have been eagerly construct. Borders we sometimes defend wholeheartedly because we build our identities around them.

Slowly approaching the campsite that morning, I mused whether I really have enough reasons to head back to the city later when the weekend ended.

My fragile borders were starting to crumble.

Story and photos by Ibnu Najib, who describes himself as “just another fish trying to see the water he lives in” and shares what he sees as @71b on Instagram or @ibnunajib on Twitter. Once in a while, we invite our friends who love writing as much as they love traveling to share their travel stories in The Dusty Sneakers. The repository of their travel tales is hosted in the Guest Writer category.